In a landmark decision last week, the Supreme Court of Appeal upheld an earlier High Court decision overturning a bid by Cochrane Steel to prevent a competitor from bidding on their brand name in Google Ads.

The original ruling by the High Court found that the bidding on the keyword “ClearVu” (a brand owned by Cochrane Steel) by competitor M-Systems did not create confusion amongst users as to the owner / supplier of the brand / product.

Google permits companies to bid on keywords such as their competitors brands or products, with the proviso that the ad text itself does not contain those keywords.  As such, your ad can appear for searches for a competing brand, as long as it does not attempt to pass itself off as being part of that brand, and as long as an average user would not assume that the advertiser was their competitor.

Cochrane Steel appealed the High Court judgement which found that no confusion was created, but the Appellate Court upheld the decision, and dismissed the appeal with costs, also finding that the defendants bidding on the keyword did not create confusion amongst web users.

This ruling is consistent with similar findings by courts in New Zealand, the UK, Canada and Australia, where Google’s rule preventing use of a brand or trademark in the ad itself was deemed sufficient to avoid the appearance of “passing off” and as such, simply bidding on the keyword cannot constitute trademark infringement on its own.

What Do We Think?

The claim of trademark infringement as a result of _bidding_ on a trademark or brand name is a fairly common one, so we’re glad to see that a definitive legal judgement (and as a result, a precedent) has been set on the matter.

Since Google’s rules are pretty clear on how you may and may not use competitor trademarks and brands, we’re happy that those rules have effectively been legally upheld by the court.

You can read the full decision of the court here: Supreme Court of Appeal decision on SA Google Ads case. 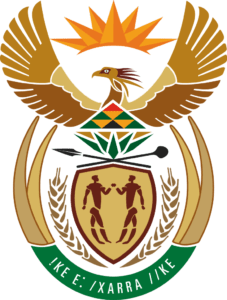